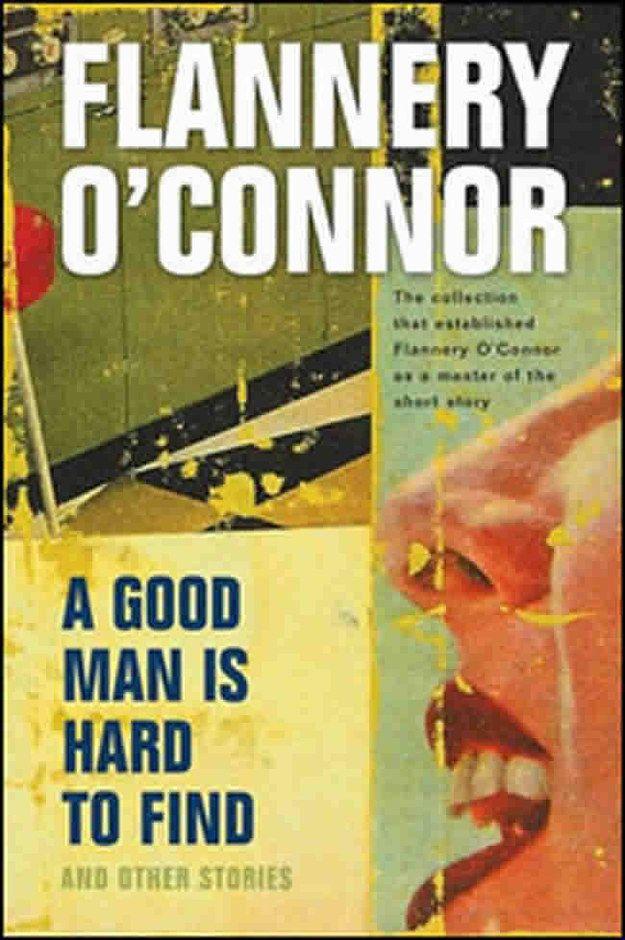 Flannery O’Connor, in the book A Good Man Is Hard to Find, combines a lot of writing style to bring up the specific themes used in the book. By involving her characters to portray themes of God versus Religion by using “The grandmother” as the main character in the story, Prejudice against tolerance by using the characters to bring up the racial and class through words and actions, and Violence against cruelty by using “the misfit” to bring out this theme.

In this extract, which happens after the car “The Grandmother” was traveling in with her sons family had gotten a minor “Accident”, it follows that three armed men, among them a dangerous culprit they were talking about at the restaurant”The Misfit”, and the other two; Hiram and Bobby Lee, showed up with a vehicle. The grabs all the family members, take them to the woods, and shoot them. When The Grandmother is left alone with The Misfit, she pretends not to know him since he was “…a bit not common…” (O'Connor 140), in an effort to flatter him to spare her life.

Alone with The Misfit, the grandmother found that she had lost her voice. There was not a cloud in the sky nor any sun. There was nothing around her but woods. She wanted to tell him that he must pray. She opened and closed her mouth several times before anything came out. Finally she found herself saying, "Jesus. Jesus," meaning, Jesus will help you, but the way she was saying it, it sounded as if she might be cursing. "Yes'm, The Misfit said as if he agreed. “Jesus threw everything off balance. It was the same case with Him as with me except He had not committed any crime and they could prove I had committed one because they had the papers on me. Of course," he said, "they never shown me my papers. That is why I sign myself now. I said long ago, you get you a signature and sign everything you do and keep a copy of it. Then you'll know what you done and you can hold up the crime to the punishment and see do they match and in the end you'll have something to prove you ain't been treated right. I call myself The Misfit," he said, "because I can't make what all I done wrong fit what all I gone through in punishment…" (O’Connor 140-141).

From the moment, the misfit appeared with his friends the grandmother knew that there was no escape at all. It is seen on how the writer explains “…there was not a cloud in the sky nor any sun…” to indicate that there was no sign of help anywhere soon except for the woods that was around. The grandmother resorted to what she knows best; God, she tries to convince The Misfit to pray and that God will change his life.

The author explains how the grandmother found herself opening and closing her mouth severally without a word coming from it indicates the situation that the old lady was facing. She was speechless from the killings that were taking place. Eventually she uttered something which came out differently from how she wanted it to. She states saying to herself "Jesus. Jesus," who was supposedly supposes to mean that that Jesus will save the misfit, but instead her tone on the words made them come out as if she was cursing. It is later seen that the misfit got it all wrong and with a tone of concurrence, he explained to her why Jesus state was way better than where he was now. This is ironical.

The Misfit compares his story with that of Jesus; He says that he had been accused of wrongdoing and that the cause of such accusations was because he had his name on the papers, which he had never seen. He explains to the grandmother how it is important to” ….hold up the crime...” (O'Connor 143). If you have a copy or a record of all the papers, you have signed. This is contrary to the context that they were in because at the end of the story we see that the misfit shot the grandmother trice in the chest and she died. It was ironical to give her the advice yet he knew she was going to kill her.

You can use our chat service now for more immediate answers. Contact us anytime to discuss the details of the order

This extract is the climax part of the story since it made the grandmother bring out her true nature of what she had done by wrongly directing the family into a death trap. It is also seen that the superstitious nature of the grandmother at the beginning of the story is coincidentally linked with how the story ends. When they begin the trip the Grandmother dresses in her Sunday best explaining it that incase the get an accident during the trip she will be recognized as a woman. This came into existence when their car got stuck in a ditch and they were attacked and killed.

Irony is developed at the end of the story when, despite the intense conversation between the misfit and the grandmother, The Misfit confesses to Bobby Lee, his partner in crime that "…she would of been a good woman," "if it had been somebody there to shoot her every minute of her life." (O'Connor 147).This directly portrays the true nature of the Grandmother that she was only good when it came to matters of life and death, otherwise she was unbearable.

In conclusion we can say the extract has been has been the punch line of all the themes used in the story, it portrays the conflict of ideas involving religion, it brings out the difference in ideas between the grandmother and the Misfit hence prejudice is evident and finally violence and cruelty is widely evident. The writer describes all this using the various styles he imposed in the passage.

Benefit from Our Service: Save 25%